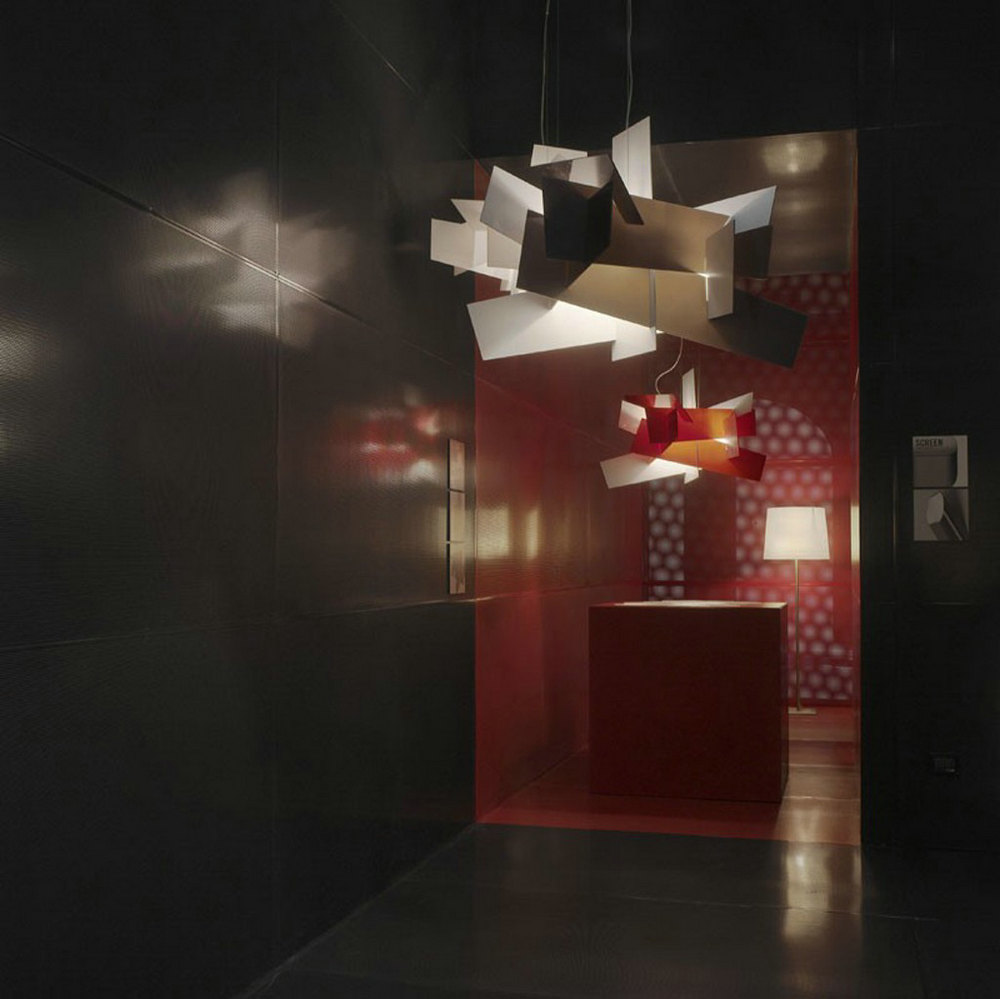 Design by Enrico Franzolini with Vicente and Garcia Jimenez, 2005.

The apparently casual pattern with which the composition of irregular planes creates a volume around the light source, determines the dynamic character of Big Bang’s exuberant personality. A powerfully structural luminous body, characterized by a play of shadow and light, with great visual impact yet airy in appearance, it is ideal for personalizing rooms in any style, even when used alone. It provides an intense, vivid and direct light. In the new LED version, affording high energy efficiency levels and durability, Foscarini wanted to retain all the emotion of the original model. For this reason, the new version with LED light retains the unmistakable effect of this lamp, in which every panel recreates the image of the light source inside it and of its surroundings. The panels that compose the lamp and function as translucent diffusers are made out of methacrylate and are available in white or in two-tone version: white/red.

No comments to show.