Decorative floor lamps can be a wonderful stylish and elegant embellishment for your home and have power to bestow a very vivid luxurious charm on your interiors. There was a time when these floor lamps were integrated in royal courts of the kings and queens but today you can have them right next to your drawing room sofas to create the same royal expression. Although traditional interiors have more options to amalgamate such floor erected accent lighting ornaments but nowadays even contemporary home themes and designs seem to perfectly let these floor lamps fix into them.

There are many varieties of such lamps available in the market and the usual are the Tiffany lamp range, Victorian and vintage plus a whole range of arched and conventional modern designed floor lamps. These floor lamps have the ability to establish themselves as intriguing and beauteous accent light -throwing gadgets as well as can also act as standalone decorative items to give creative expression to a certain vicinity. Before you go and get these lamps, there are some factors that one must keep in mind to make their floor lamp shopping experience truly rewarding and worthwhile.

Before you make your mind to purchase a certain floor erected lamp or lamp -set, you need to completely assess your prevalent home decor with special emphasis on the kind of accent and usual furnishing that you have. If you think that your home decor is what we today term as contemporary or modern then floor lamps which are sleek, slim and with light colored/ patterned shade are recommended. You can find such lamps in different textures of flowers, abstract art etc and there are also some Italian and vintage styles that also meet these requirements. In case you have a traditional home decor accent then broad -based lamps with bold rustic shaded lamp -caps should be a very conventional yet artistic choice. Although it all depends on your taste, likes and dislikes but trying to create a contrast with mixing traditional with modern most of the times never work out in accent lighting cases.

The second most important thing while selecting such lamps is to consider the height to base rod. Normally floor lamps range from three to six feet in length and this size is dependent of your light requirement. If you are looking to get this lamp for the purpose of lighting up a certain darker area of your home then it is advised to go with a floor erected lamp that at least measures around 4 feet or more. In case you want to make it a standalone décor item to stand in your drawing room then even lower than 4 feet will also do the trick.

The third and the final step involve the real deal of actually conducting a brief market research in your local area as well as on the internet to find good bargains and special offers. Normally e -stores on the internet have larger variety and their costs are low owing to massive competition between them. You can always Google or Bing to land on such stores and find a lamp of your choice.

Pendant lighting is not to be mistaken for chandelier lighting, which casts a softer more ambient light. Pendant lighting is usually hung from a single sconce on the ceiling from which sprouts a single chain or metal tube. The lamp shade itself is the “pendant” that dangles at the end. 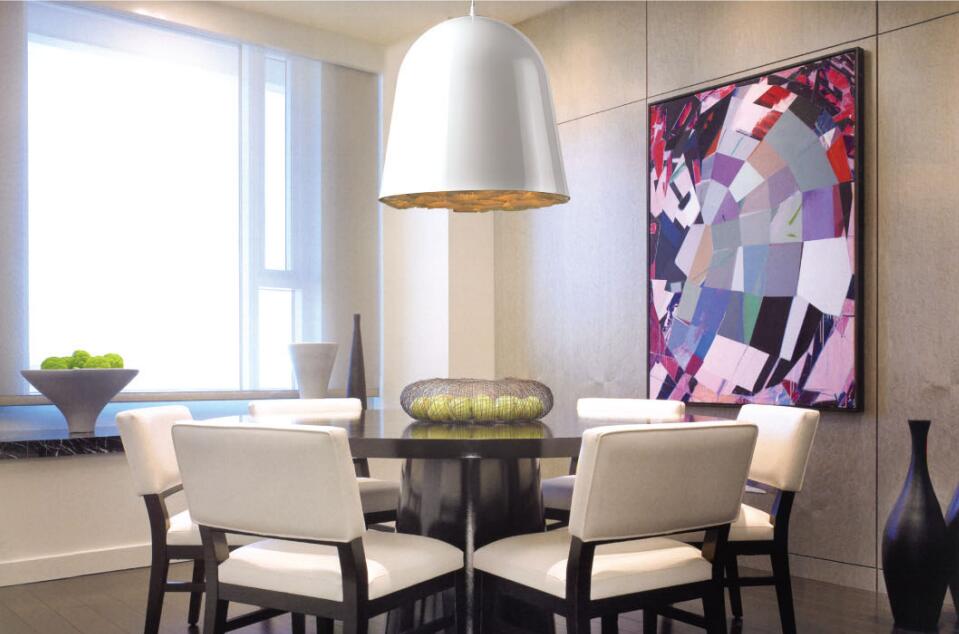 Pendant lighting is considerably more practical than other types of lighting, which is why you often see them in kitchens, bathrooms, hallways and other places that need to be well lit. Usually the shade on a pendant style light fixture is completely enclosed and made out of a white, cream or opaque glass.

These pendant shades usually completely enclose the bulb although in the last decade, hat shaped or funnel shaped shades that are open at the end and that can be adjusted in height using adjustable wires are becoming quite common (especially as kitchen lighting fixtures in condominiums.) You often see them suspended in a row over a kitchen island in newly designed buildings or hanging high from a twenty-foot ceiling in a hallway.

Pendant style lampshades are almost as old as lighting itself with the earliest version being the bare naked light bulb hanging from a fabric cord from a ceiling. This style of pendant lighting is known as the Burnside.

Shades on pendant style lighting, which was first popularized in the forties in the form of gorgeous blown glass shells, have evolved to compromise all sorts of styles. Some of the most attractive styles of pendant lighting are inspired from this era which features glass globes that have been stepped or squared off with Art Deco touches. You can also find square or triangular open flute art deco shades that have wrought iron details and pastel colored glass panels.

Pendant style Tiffany lampshades are also quite striking looking but one problem with them is that they are not quite in style as a pendant. Floor lamps and table lamps look more contemporary then the hanging Tiffany lamps, which unfortunately can make your place, look too much like the interior of a chain restaurant.

Yet another style of pendant lighting that seems to never go out of style is the Colonial. This type of lighting features a shade that looks like a lantern with a candle inside. A similar style is the Storybook style, which is made of cast iron and hangs from a heavy chain. Both of these styles tend to look better out of doors but they were often found indoors in the seventies if you are going for that kind of “horse drawn carriage” reference in your décor.

Don’t forget too that to be beautiful the stem of a pendant lampshade does not have to be really long. Shorter styles with stubbier tubes are reminiscent of the Edwardian and Art Deco eras and look contemporary and timeless at the same time. This is especially true if you can find a style that is shaped like a child’s top, a trapezoid or deconstructed globe as these shapes are typical of this popular Mid-Century look in pendant lighting.

When it comes to the decoration of your house or your room, there is not just the color of the room or the furniture that is installed in the room that is to be considered. But ultimately what matters is the lighting that has been installed in the place because the decor will shine through and become impeccable only if the lighting is appropriate. There are many ways to light the room or your house. But what is vital is the kind of lighting system that is installed in the room and how it lights the place up. It totally depends on the magnitude of luminosity and the positioning of the lights that totally changes the mood and the ambiance of the place.

Consider Wall lamps placed right over the dining table in the dining room if you have luminosity control, then it can make a vital difference to the ambiance. Alternatively, if there is a bunch of lamps where you have a choice to light up one or more than one, then that becomes luminosity control in itself. With this arrangement, if you switch on just the wall lamps or just one of them then the ambiance will be somber and relaxing and one can have the equivalent of a candle lit dinner. But if you switch on the most luminous wall lamps, then the place can be brightened up for a boisterous party with the dining table containing all the food and drinks.

Another feature of wall lamps is the design in which they are available where the designs belong to various genres and these include classical, post modern and eclectic styles. With the high demand, the wall lamps along with other designs are available in some amazing models. There are designers who have started to work on the designing of these models and hence what you may purchase as a lamp may have a design that will also serve as a wall decoration item and hence will be worth purchasing.