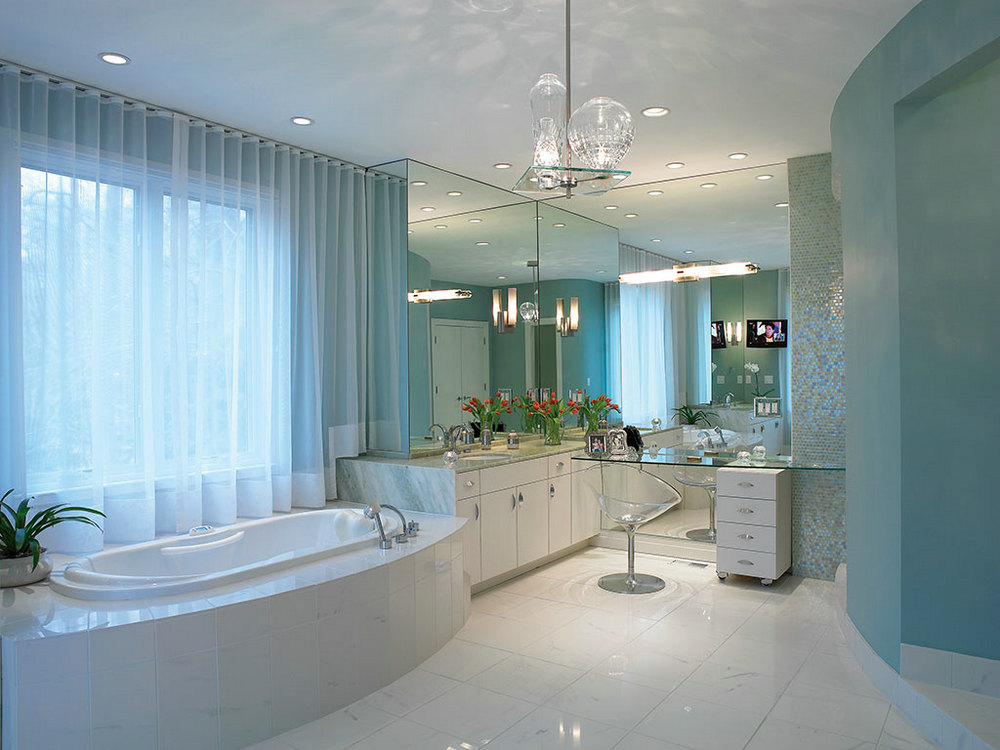 Design by Philippe Starck in 2000.

Cicatrices De Luxe 3 is a unique design with three individual blown and hand-cut leaded crystal vases as diffusers. Suspended on chrome-plated steel shelves. The 12 Volt current is conducted from the central stem to the lamps via a silk-screened silver circuit with a ceramic varnish coating. The suspension stem and canopy, which house the electronic transformers are matte nickel plated steel. 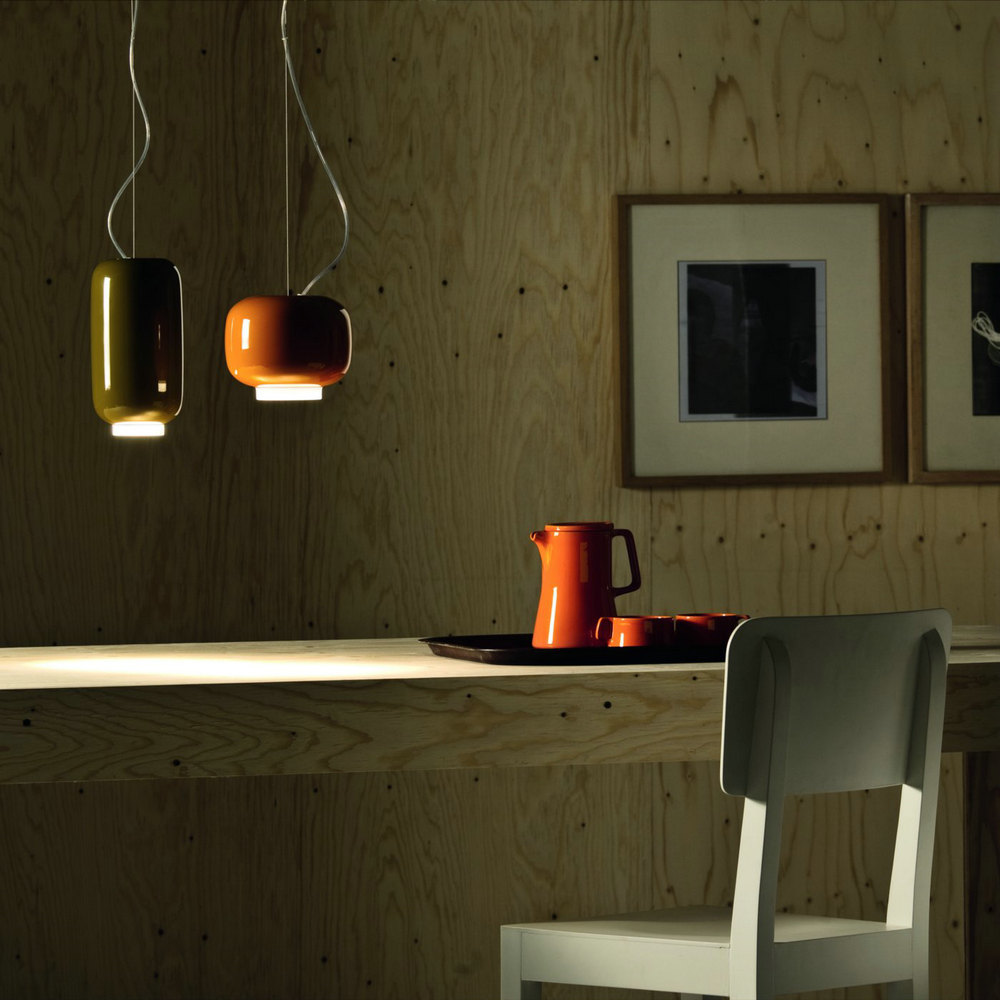 This Chouchin 2 Pendant is intended for use with Round or Linear Multipoint Canopy System.

Chouchin is a family of suspended lamps that takes its name from traditional Japanese paper and bamboo lanterns. Their typical shape has been reinterpreted in a pure contemporary style, using an age-old material: blown glass that has been painted to make it completely opaque and glossy. The result combines a warm colouring, textured and precious, with a luminous collar that projects an intense, direct beam of downlight illumination. 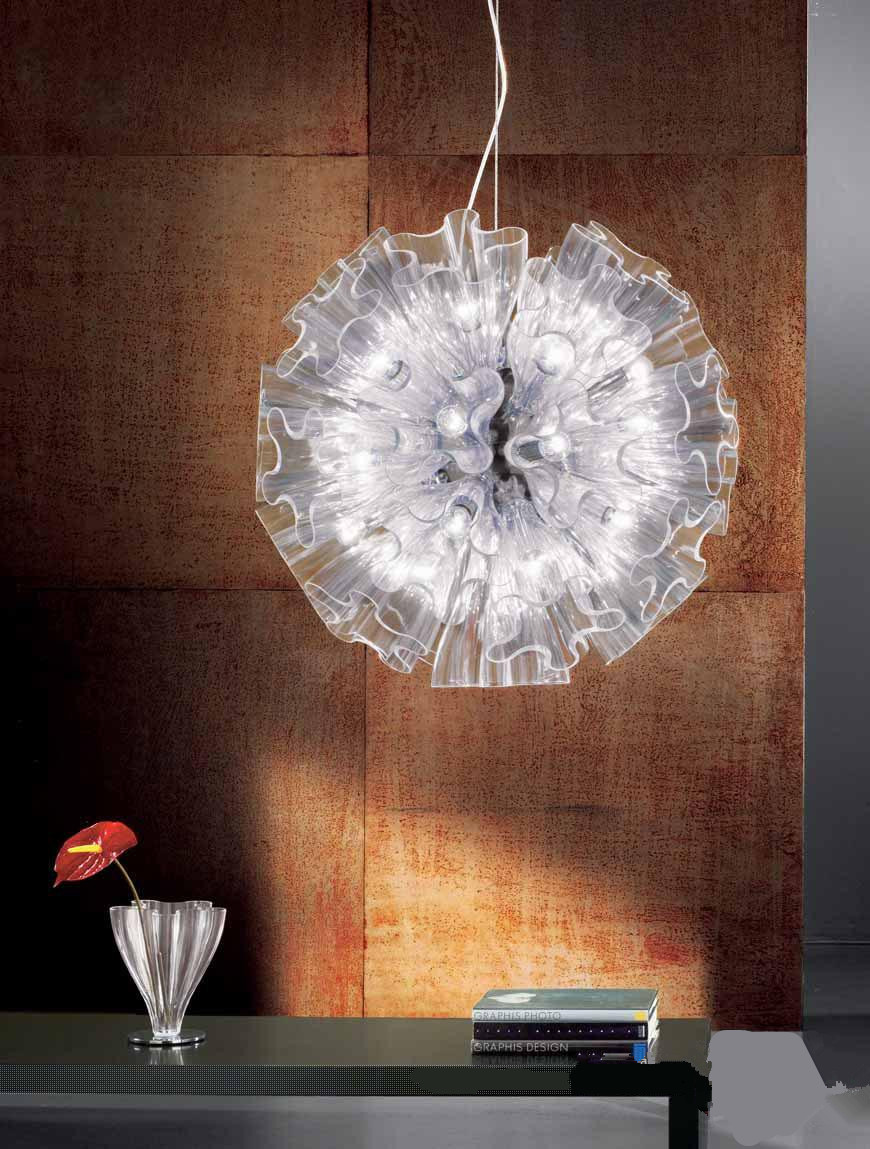 Blum, designed by Marcello Furlan, is an exquisite collection of blown glass and metal suspended ceiling lamps, and the concept developed from a study of natural and organic elements reinterprets the traditional forms of Venetian glasswork: an abundance of glass vases like sunrays burst out of a chrome-plated metal sphere, densely covering its surface to form a five-lobed flower that forms an impressive “blossom of crystal.” 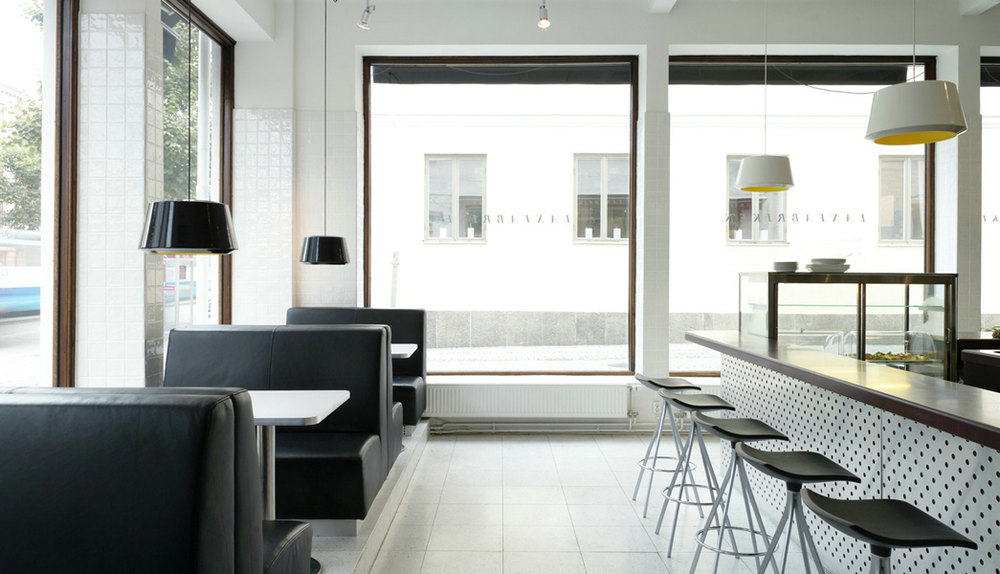 The lamp works as a can filled with light. By keeping the light inside the lampshade the border between light and darkness appears much clearer. Can is made of cast steel which is lacquered in a bright yellow colour at the inside and available as pendant, table and floor lamp. In a low tech way the yellow colour also makes the lamp looks lit even though it is off. 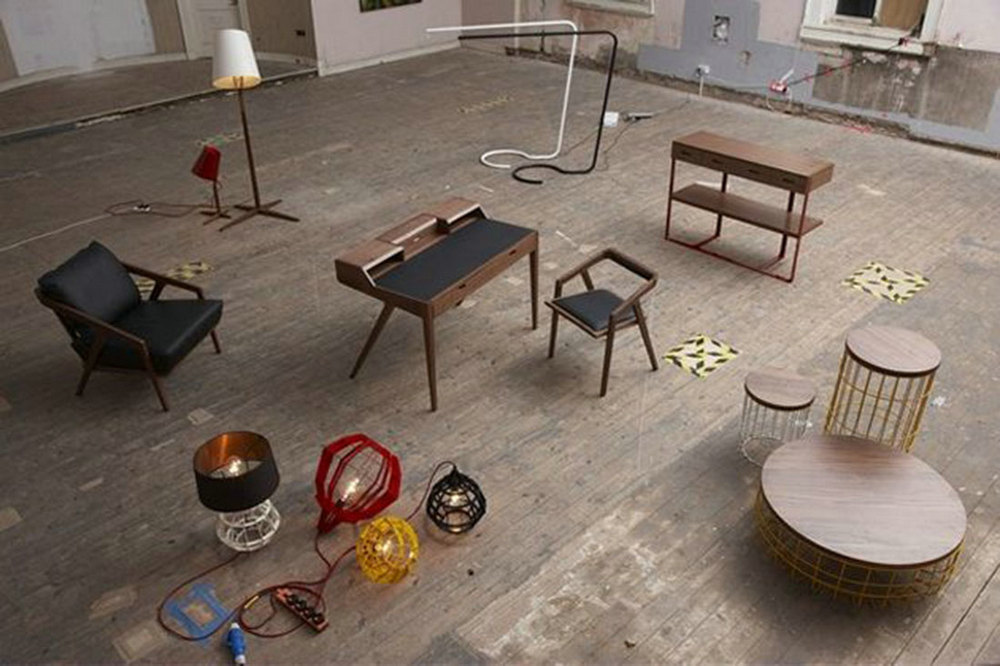 The Cage Group of lights has an industrial utilitarian aesthetic. With many faceted edges it looks just as good standing on the floor, lying on a table or hanging from the ceiling. The character of this design considers the lighting effect on the surrounding environment casting dramatic shadow patterns on nearby walls, floors or ceilings. Constructed from powder coated aluminum, available in a choice of colors or solid brass. 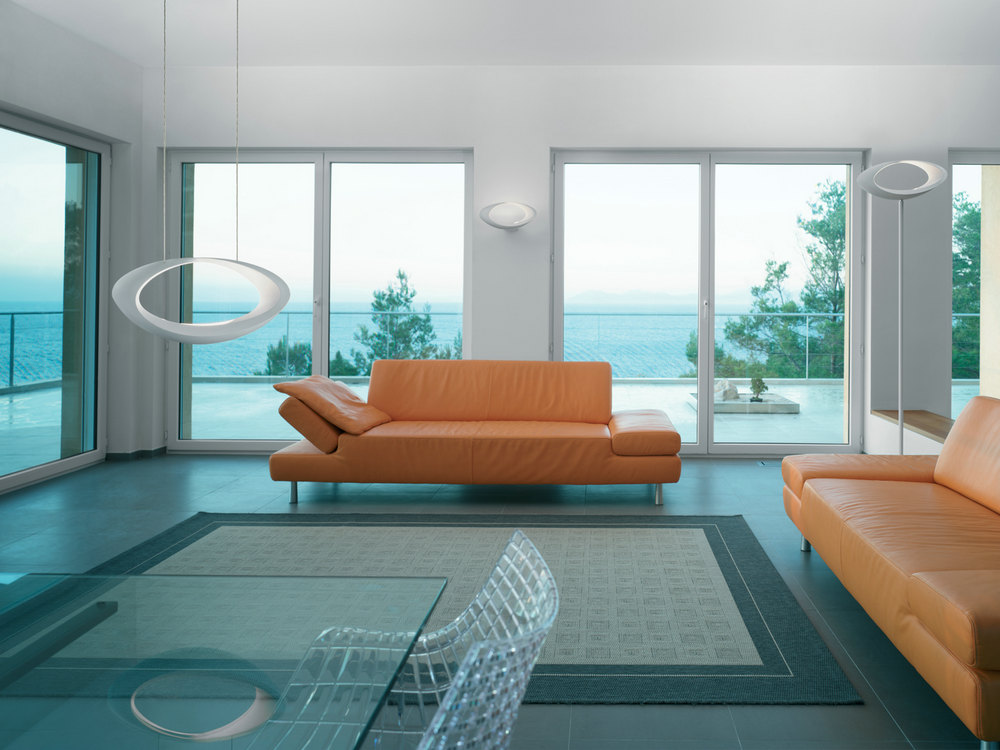 The Cabildo Suspension Light provides indirect and diffused lighting. Composed of a painted die-cast aluminum body in a white finish. 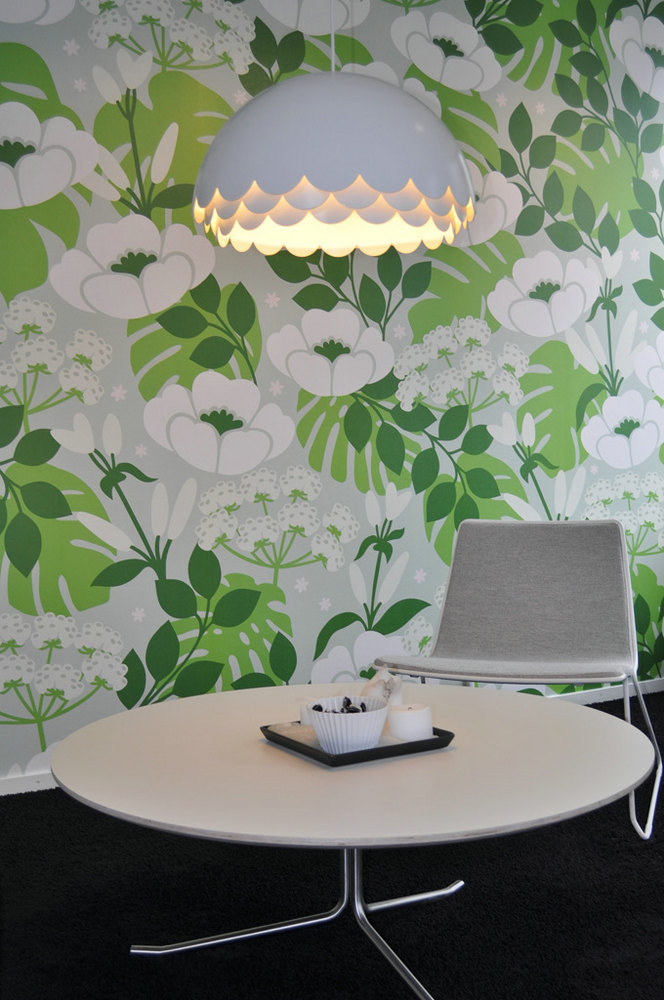 Bloom is a large diameter pendant light made from painted aluminum, and has a diffuser in matt opal acrylic that makes the light emitted by the lamp exceptionally beautiful. The soft scalloped forms suggest clouds or an egg. 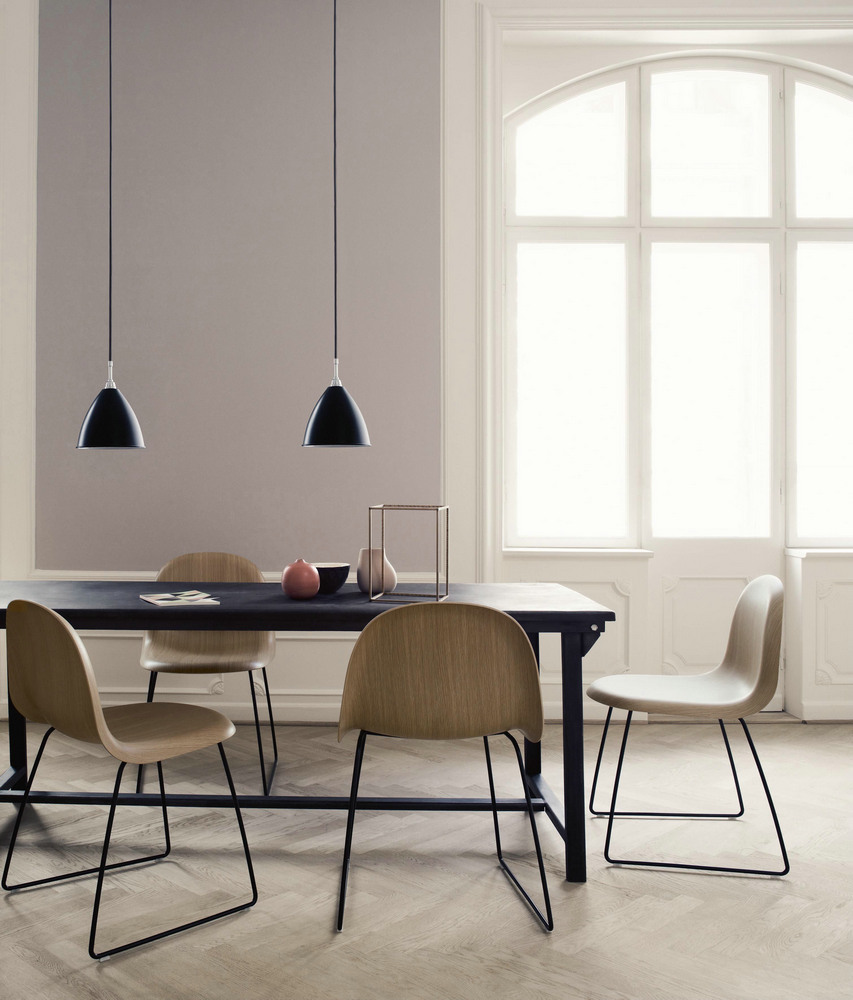 Bestlite was created by British designer, Robert Dudley Best, heir to the world’s largest lighting manufacturing company. The family company, Best & Lloyd manufactured the Bauhaus-inspired, functional design. Architects quickly spotted Bestlite’s potential as an inexpensive and practical work-light and British home-owners adopted it as a symbol of modernity. Over the years the original design was adapted to meet specific performance requirements, such as the diamond cutter’s lamp, the BL10. Now manufactured and marketed under license by Danish design company, Gubi, the Bestlite Collection, which has been in continuous production for eight decades, comprises 13 original designs and includes table, floor pendant and wall lamps. The Bestlite collection perfectly marries aesthetics with functionality, its elegant, timeless design blends seamlessly wherever it is placed and continues to appeal to generation after generation. Eighty years on, under Gubi’s sensitive guardianship, Bestlite stays close to its industrial roots and true to its original design. Bestlite is held in permanent collections at both the Victoria & Albert Museum and the Design Museum in London. Loved by architects, designers and design aficionados through its 80-year history, today, Bestlite enjoys global iconic status. 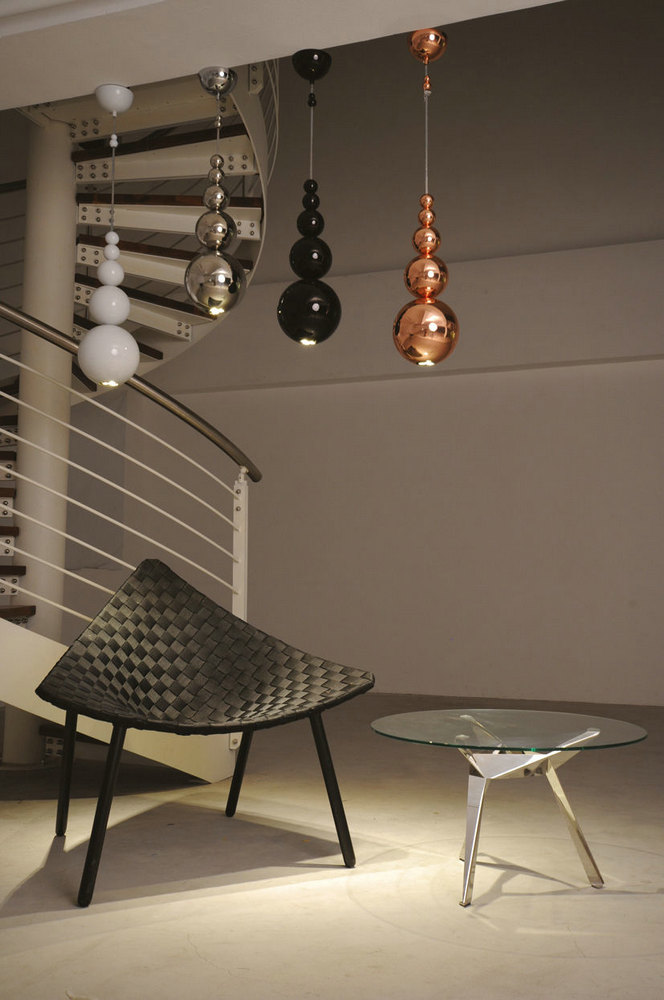 Bubble is a form inspired by a pair of earrings. Polished and lacquered spheres stacked to create a simple form.

Bubble can be used to create unique cluster installations or positioned accurately for pinpointed down-light. 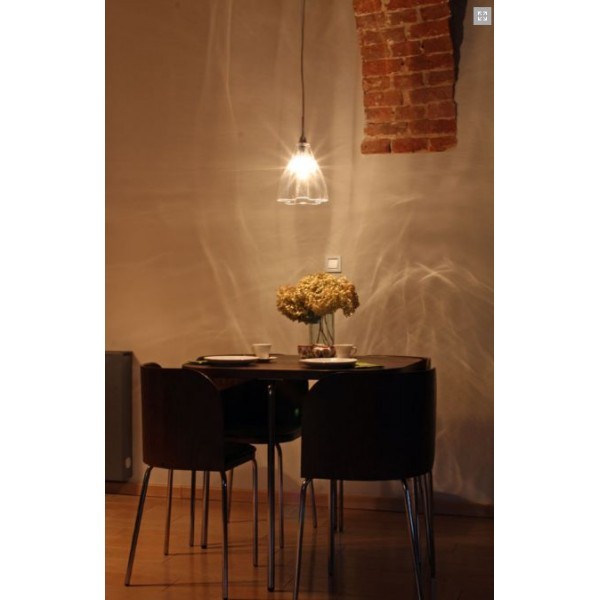 In German, blum means flower. In that case, the Blum Pendant is aptly named, with a shade that does, indeed, resemble a blossom. The soft folds of the blown glass have a refractory quality that add sheen and sparkle. Designed by Marcello Furlan, the Blum Pendant is available with transparent crystal or chrome-plated glass.

No comments to show.